This template was inspired about 5 years ago and as I ponder our world situation and the “Duality Matrix Trap”.  The Christian and Buddhic Traditions are taught to avoid and not engage evil people at all costs which is good advise in simple situations: however, they both fail to deal with the “Schoolyard Bully” in the schoolyard or in a powerful position of authority. In Hinduism it is just as much of a sin if you do not defend yourself or your country.  I am more of the belief that as the bible was rewritten many times over the centuries; but surely, it was really controlled by Rome. I would call it the Roman Caesar Church, and have every reason to believe that the Roman Empire wanted it to contain enough controls in there to keep the “Sheep” herded.  The verse  “Render Unto Caesar what is Caesars”,  is so everyone would think it was their spiritual obligation to pay taxes whether or not they got any return, for supporting the local Tyrant; the 2nd is ”Turning the other cheek”, so its ok to be passive and “not resist Evil” The big problem is our government leaders are now the Big Bullies and the people have allowed them to control everything. We have all been tricked - and  in retrospect, the bully needed someone to put him in his place .  If you don’t break the Bully he will Rule and terrorize anyone in his path, and now we have a world full of Tyrants.

The Missed Story of the Mystery School 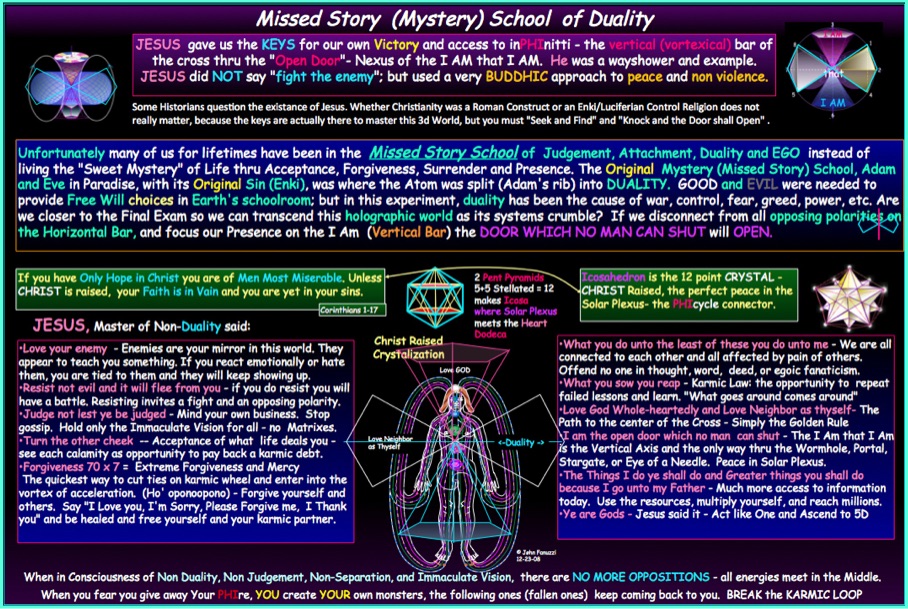 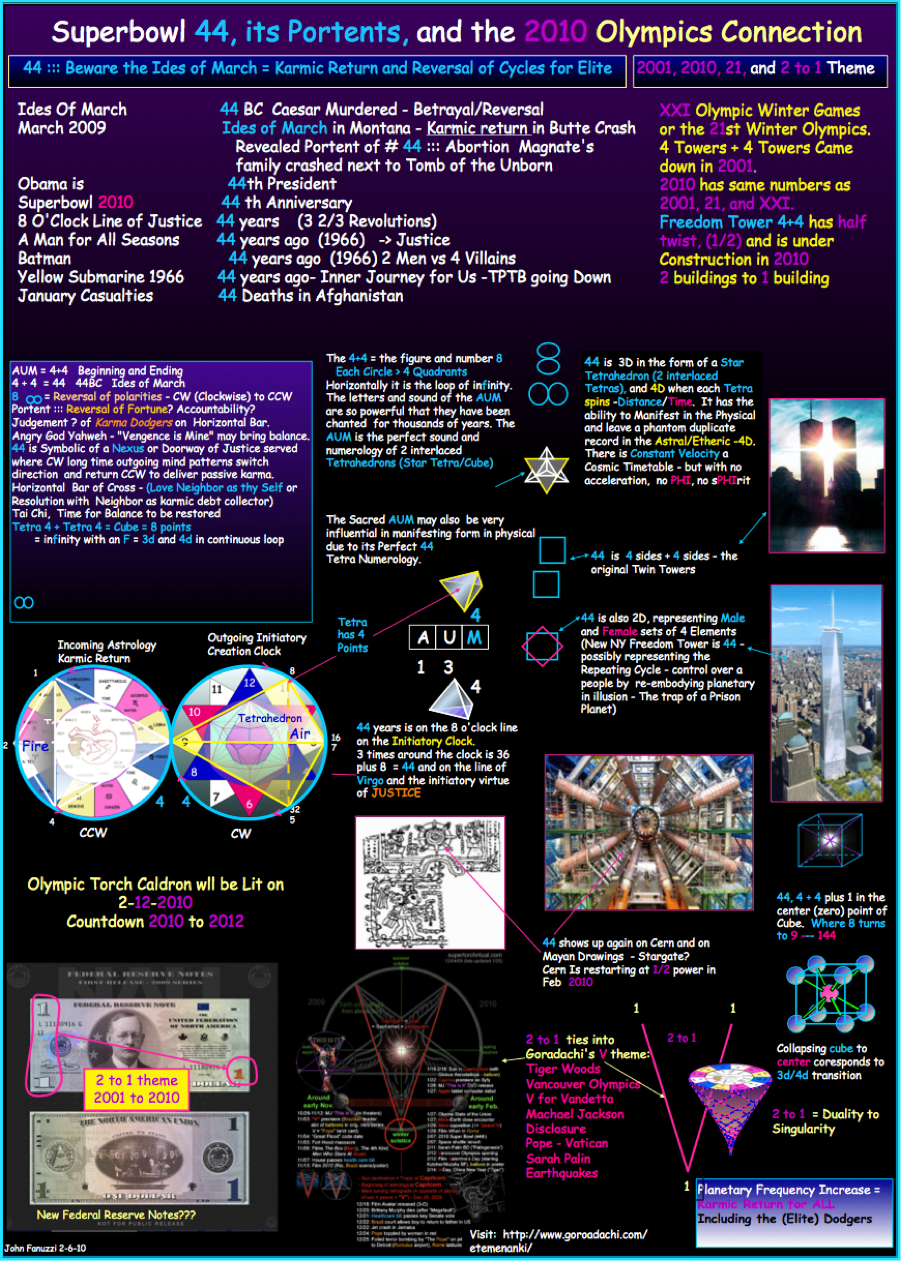 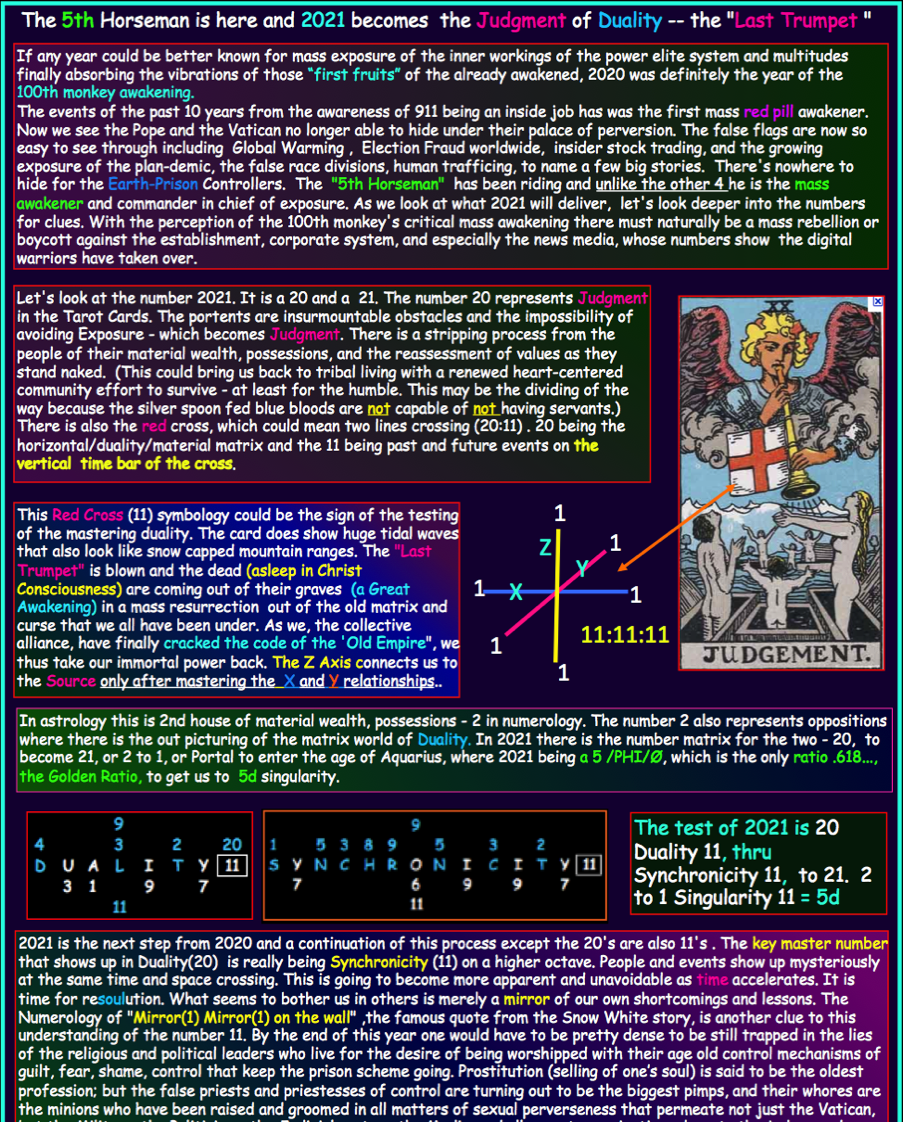 Let's look at the number 2021. It is a 20 and a  21. The number 20 represents Judgment in the Tarot Cards. The portents are insurmountable obstacles and the impossibility of avoiding Exposure - which becomes Judgment. There is a stripping process from the people of their material wealth, possessions, and the reassessment of values as they stand naked.  (This could bring us back to tribal living with a renewed heart-centered community effort to survive - at least for the humble. This may be the dividing of the way because the silver spoon fed blue bloods are not capable of not having servants.) There is also the red cross, which could mean two lines crossing (20:11) . 20 being the horizontal/duality/material matrix and the 11 being past and future events on the vertical  time bar of the cross.

If any year could be better known for mass exposure of the inner workings of the power elite system and multitudes finally absorbing the vibrations of those “first fruits” of the already awakened, 2020 was definitely the year of the 100th monkey awakening.

The events of the past 10 years from the awareness of 911 being an inside job has was the first mass red pill awakener. Now we see the Pope and the Vatican no longer able to hide under their palace of perversion. The false flags are now so easy to see through including  Global Warming ,  Election Fraud worldwide,  insider stock trading, and the growing exposure of the plan-demic, the false race divisions, human trafficing, to name a few big stories.  There's nowhere to hide for the Earth-Prison Controllers.  The  "5th Horseman"  has been riding and unlike the other 4 he is the mass awakener and commander in chief of exposure. As we look at what 2021 will deliver,  let's look deeper into the numbers for clues. With the perception of the 100th monkey's critical mass awakening there must naturally be a mass rebellion or boycott against the establishment, corporate system, and especially the news media, whose numbers show  the digital warriors have taken over.

This Red Cross (11) symbology could be the sign of the testing of the mastering duality. The card does show huge tidal waves that also look like snow capped mountain ranges. The "Last Trumpet" is blown and the dead (asleep in Christ Consciousness) are coming out of their graves  (a Great Awakening) in a mass resurrection  out of the old matrix and curse that we all have been under. As we, the collective alliance, have finally cracked the code of the 'Old Empire", we thus take our immortal power back. The Z Axis connects us to the Source only after mastering the  X and Y relationships..

2021 is the next step from 2020 and a continuation of this process except the 20's are also 11's . The key master number that shows up in Duality(20)  is really being Synchronicity (11) on a higher octave. People and events show up mysteriously at the same time and space crossing. This is going to become more apparent and unavoidable as time accelerates. It is time for resoulution. What seems to bother us in others is merely a mirror of our own shortcomings and lessons. The Numerology of "Mirror(1) Mirror(1) on the wall" ,the famous quote from the Snow White story, is another clue to this understanding of the number 11. By the end of this year one would have to be pretty dense to be still trapped in the lies of the religious and political leaders who live for the desire of being worshipped with their age old control mechanisms of guilt, fear, shame, control that keep the prison scheme going. Prostitution (selling of one’s soul) is said to be the oldest profession; but the false priests and priestesses of control are turning out to be the biggest pimps, and their whores are the minions who have been raised and groomed in all matters of sexual perverseness that permeate not just the Vatican, but the Military, the Politicians, the Judicial system, the Media, and all secret organizations down to the judges and lawmakers in local small towns. . (You can't seem get anywhere unless you are part of the "Boys Club", and if you are part of that club you can get away with murder. )

2021 will be the year for many who have finally gotten tired of being tricked, who have unknowingly sold their souls in the political and entertainment industries.  Thank you  Hill and Bill, O and Mike, George, Father Joe and all great acting clowns for waking up the world .

Back to the # 20 versus the number 11.  11 and 20 both equal 2 (relationships) and are two faces of the same coin.  Black is 11 and White is 11. Jesus is an 11, and so is Lucifer an 11. The Illuminati use the number 11 (Mastery over duality) in most of their sacrifices. Maybe they put these contrasting black and white, good and evil, dramas into practically every movie so we learn and grow as we get emotionally tied in to this duality schoolroom.  They always disguise their secrets right in front of us and make a mockery of us as "useless eaters".  It seems many need the hammer to wake up.

BTW  :  The Roman Caesar Church has a Black Pope and a White Pope, and a Black Madonna and a White

If the 20 is not taken to the understanding that there are two one's that are on the same coin making the 2 or 20. Those that keep pointing the finger, engaging with and attracting their personal enemy (duality), that lack forgiveness, love, and grace are stuck and will be destined to repeat this earth school. The 11 which is a higher awareness of 2 or 20 is the helper that will, by its amazing ability to show up and confirm (synchronicity (11) to provide the awareness to steer our civilization to a new and higher paradigm, which in its understanding of the mirror game allows us to master the 11 and become illuminated  beings where neither black or white polarizes us, or in other words does not cause an emotional reaction.  In other words be the master of relationhips (11), Ho'oponopono.

Are we ready yet to move into the center of the cross?  Not quite yet but its coming quickly. The center is a Vortex and the frequency is accelerating. Everyone is going to get sucked in, and we can either do it the easy way (acceptance, forgiveness) or the hard way (resist, resent) and those who have failed to rePent.   The Lack the PHIre, will be the door to the  Lake of Fire  for recycling. (A PHIne version of the Judgement).

Also to note: The cross is an X-Y  axis which tests the oppositions to meet in the middle ( Ho'opopnopono again) But when the X-Y cross is mastered there is a 3d,  Z axis which is the open door to heaven on  earth -5d/PHI -Age of Aquarius..

Thank you again dark ones for creating an atmosphere, right now, of a galactic renouncing  of the energy veils (evils) on this prison (prism) planet.

2021 will be the year of the 100th monkey awareness going hyper and reaching everyone.  2020 sure got the blood boiling but dim compared to the momentum going into 2021 . The mainstream media will be unable to keep the lid on the  age old lies  and the plot to keep the jacks (goyim) stuck in the box (matrix).

Planetary  frequency/vibration (could be earth crystal ringing from cataclysmic tapping of the rocks)  will increase as we all enter deeper into the Vortex of time/space imploding.

Immortal Warriors of peace ( our true nature) have awakened  from their long sleep that will break the grips of the Old World Order (Religious Programing)   by raising the frequency.

We are forced into choices 1n 2020 and 2021. The axiom and ancient Greek  aphorism “Man Know Thyself”  is coming into focus. Put all polarities aside – it is time to focus,  to see Duality for the Trickery that  it is, and to accept and forgive all including yourself first for attracting such challenges as we  have today.

We are entering the center of the cross, the Vortex, the Glorious Judgement, and the path of the "middle way"

This is the 11 o'clock Line - and time for a Victory and a re-write of Her-story /His-story.