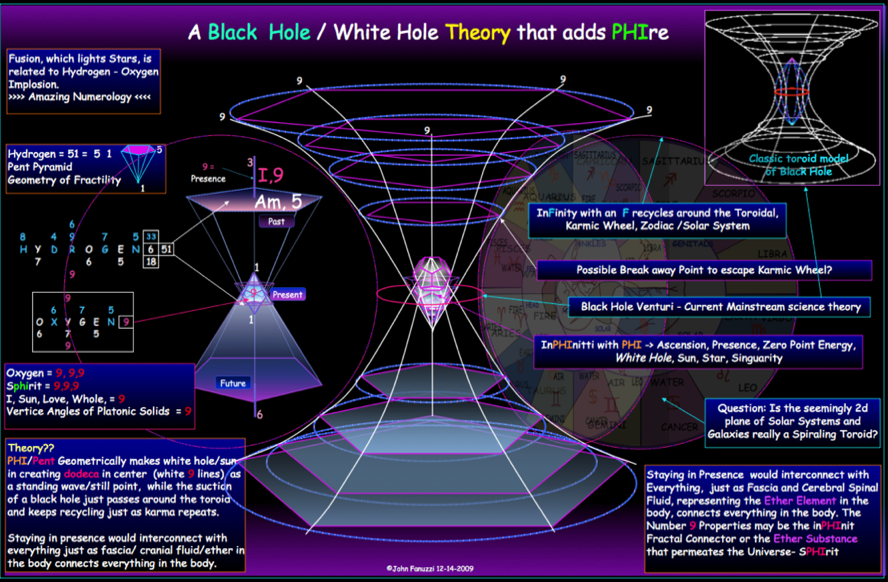 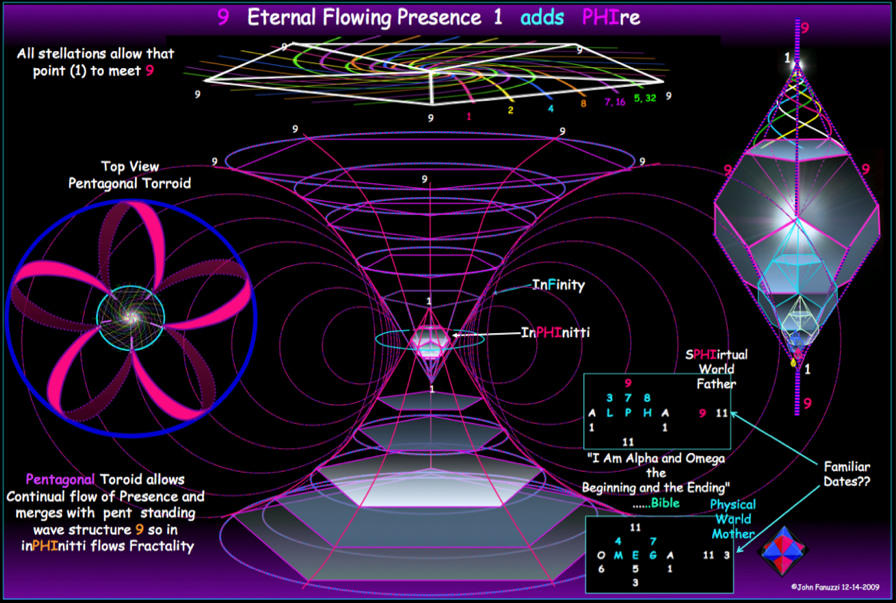 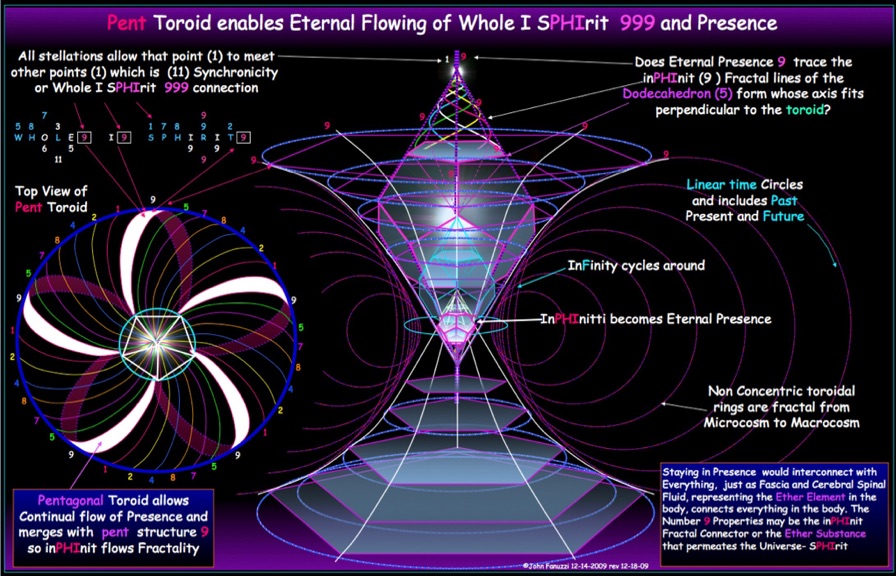 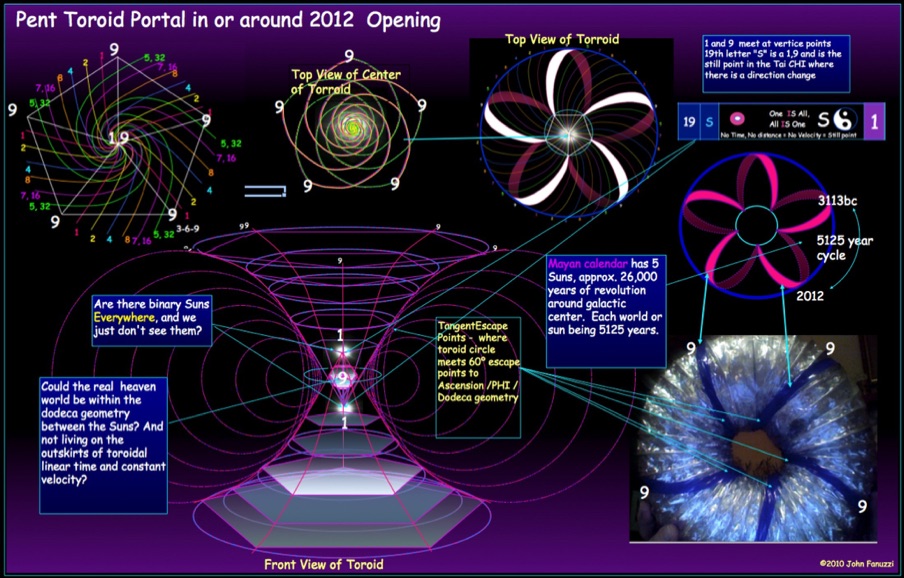 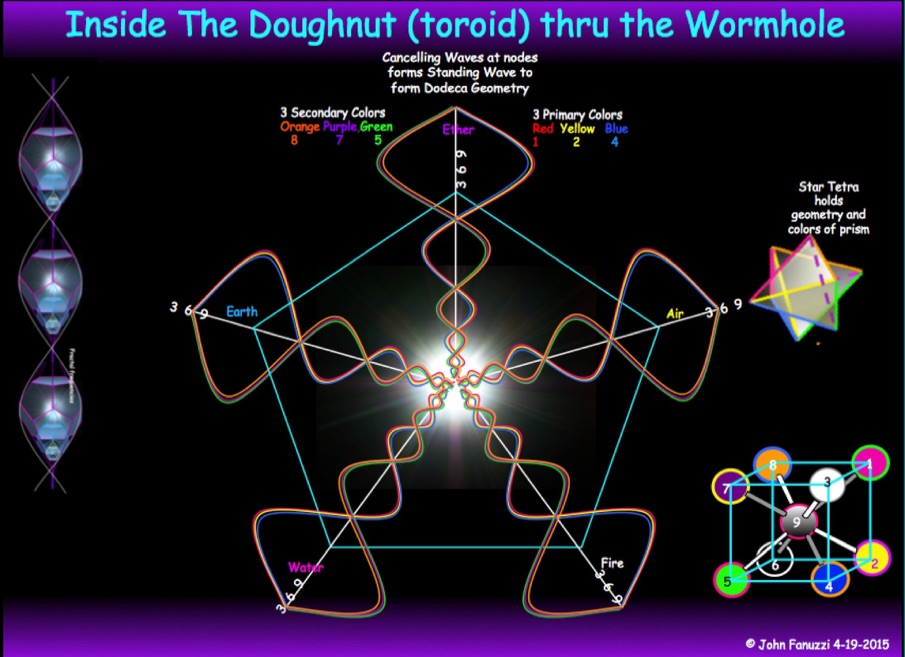 GeoNumerology indicates a connection to the center of the vortex/vacuum  zero point in center of Toroid.  Phi Geometry leads to possibility of inPhinit compression Instead of a Black hole. GeoNumerology of Hydrogen and Oxygen indicate Cold Fusion from microcosm at atomic level and macrocosm on a galactic level. I Am equals 9 and 5 in GeoNumerology. One would think that 12 pent pyramids would nest going inside  a dodecahedron; however, they do not. Actually the vertice points  of the pyramids would extend past the center as shown in the drawing. There is a connection between 9 center of the 2 points. ALPHA is a 9  11 (vowels = 9 consanants =11)  ALPHA is beginning or central sun on micro and macrocosm. Omega is 11  3 (11 in consanants  and 3 in vowels) but adds up to 5 indicating a relationship to the cold fusion of hydrogen and oxygen, and ALPHA and OMEGA.  It is also to be noted that the dates 9-11 (day, month) in the West and 11-3 (month, day) in the East indicate another set symbolic codes used on those eventful dates. Somebody else, with hidden knowledge, may have fiqured this coding out.